This will be my first time writing a movie review and I’m not used to doing this so I’m hoping for your wide understanding if this first post isn’t that creative hihihi. Anyways, I’m going to talk about our Batman vs. Superman movie experience with the Davao Bloggers, and just to let you know, this isn’t actually my type of movie. I’m more into horror movies (ghost movies to be specific) but ever since I watched “The Man of Steel” it convinced me to watch this next one.

When Batman vs. Superman was announced I was so excited to watch it, I got even more excited when Smart offered free tickets for Davao Bloggers through a special block screening. That was a treat! Thank you so much Smart ?

Onto the movie, I honestly loved and enjoyed the movie so much. Super super sulit ang panunuod namin! Chris and I were rooting for team Batman but you know what? I wish I chose team Superman hahaha since the Man of Steel did a really great job portraying a real hero. I was so sad that he died at the end (spoiler.. but I’m only half convinced that he died hihi) since I never got to see him and his girlfriend (Amy Adams) get married. Oh that would have been one of the best parts of the movie if it showed that but I know it’s going to be exciting to watch Part 2. I’m looking forward to it.

About the actors and actresses – besides Ben Affleck and Henry Cavill, the actor that intrigued me the most was Jesse Eisenberg (the bad guy in the movie), I was amazed at how he matured as an actor and played such a big role in a movie like this (and so well). I recognized him since I watched a lot of the movies that he’s in (from low-quality ones to big time movies) wow! He was good ?? kudos for his acting skills ?. The other exciting part of the movie was Gal Gadot’s role as “Super Woman”. It made the movie more interesting and amazed everyone with a twist, even though it caught us off guard. I loved it too hihihi.

So overall, Chris and I enjoyed the movie, and it was kind of like a movie date for us. Once again thank you Smart for the free tickets and to Ms. Ria Abella for inviting us. 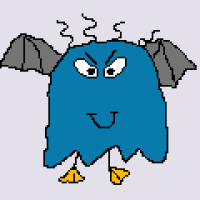 I love Superman but unfortunatel Di ko PA din to napapanood.I’m really curious ng nalaman ko na lumabas si WonderWoman. I really love WonderWoman since I was kid.
Thanks for this review ?

You’re welcome and thank you for reading my post =)

You’re welcome and thank you for reading my post =)

btw i love your outfit here!

This site uses Akismet to reduce spam. Learn how your comment data is processed.